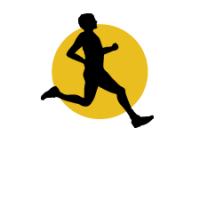 The online registration deadline for this event has passed.

Join us to raise money and show our support for one of our local heroes, a former Marine who was medically discharged after serving two tours in Iraq. Despite his own struggles to find work and support himself, he currently volunteers at the VFW helping other veterans. The 5K is a challenging, all-terrain, cross country inspired race that is run through wooded trails and grassy areas on and around the Malvern Memorial Grounds. Prizes will be awarded to the Top Male and Female, Top Military Personnel and Veteran, and age group winners. The Run for Freedom also features a 1 Mile Run/Walk and a Kids' fun run. Our beneficiary is a medically discharged Marine who lives in Phoenixville. His story is a reminder that there are veterans who come home and struggle, maybe never getting that extra help or support that they need. I will not mention his name because even after 7 years of struggling through physical pain, nightmares, anxiety and too many hours trying to get the benefits he needs and deserves, he still didn't want to ask for help. The idea of remaining anonymous was a great comfort to him. After graduating from Penn State with a degree in Biochemistry and Molecular Biology, he enlisted with the Marines, with the goal of attending officer school and later, medical school to become a pediatric oncologist. After two deployments to Iraq in two years as a Combat Casualty Replacement (CCR) he was a squad leader, could speak Arabic and was meritoriously promoted to Corporal. However, back and ankle injuries led to his medical discharge from the Marines. He had his lower spine fused because his nerves were being crushed and without treatment he would suffer permanent nerve damage. Returning home, doctor continually tried medications to help him, topping off at 21 pills a day. In addition to his physical pain, he lived on 30% disability for years. He returned to school to earn a degree in clinical psychology, but a backlog of the GI Bill and anxiety from his PTSD prevented him from completing the program. After getting accepted to UC Davis for the Master Brewers Program, he once again attempted to secure a certification so that he could work and support himself. But, the Vocational Rehabilitation Office denied his Chapter 31 GI money based on an orthopaedic’s recommendation that he never lift anything. Despite all of his setbacks and frustration, he helps other veterans as a VFW Service Officer. Meeting and getting to know him has been a very overwhelming experience. I am able to get a sense of who he was and who he wanted to be before he entered the Marines, but it is also clear that the frustration of years of paperwork, rejections, pain, nightmares and his anxiety have taken a great toll on his quality of life. At the same time, I can see that he has a plan, and that he can see a way to live a more independent and happy life, but financially he can't get there without help. This Fall he enrolled in a degree program and is working toward a career that would fulfill his desire to work and help others. Your support has made his return to school possible!


No fundraising teams yet.